Amy saw Venus In Fur at the Street Theatre in late August. The play was written by David Ives and was first performed in 2010. The Street’s production was directed by Caroline Stacey, and starred Joanna Richards and Craig Alexander. 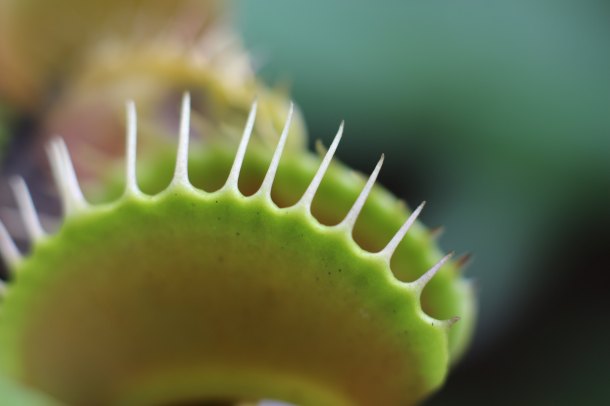 As Hannah Gadbsy pointed out in her ABC television series Nakedy Nudes, the canon of Western art has a problem—and that problem is the male gaze. Throughout history women have paid a price for challenging that gaze, and today, with the rise of raunch culture and the pervasiveness of misogynistic pornography, we face new battles in reclaiming representations of ourselves from male objectification.

The persistent representation of women as prone and passive both in art and pornography is problematic, because it normalises the view that women are perpetually sexually available. And in our daily lives this manifests in terrible ways, including misogyny and sexual violence.

I’m really excited by art that challenges the male gaze and, more broadly, the patriarchal structures that hinder women from reaching their full potential. It is even more thrilling when an art form commandeers the tropes that are usually found in a misogynist’s armoury and turns them back on viewers, positioning us to confront our own preconceptions.

The Street Theatre’s recent production of David Ives’ play Venus In Fur achieves just this. An explicit conversation about power, narrative and desire, it hits you over the head with questions about sex and gender but offers no easy answers. Caroline Stacey directs a female lead who spends most of the play tottering around on stage in high heels and leather lingerie, which very effectively pushed me to think about how women are represented.

Ives’ play revolves around a playwright and director, Thomas Novachek, who is staging an adaptation of the nineteenth century sadomasochistic novel Venus in Furs by Leopold Von Sacher-Masoch. The two main characters of the book (and the adapted play) are Vanda von Dunayev and Severin Kushemski. Kushemski wants to be dominated by a woman, motivated by the desire to relive his childhood memory of being punished with a birch rod on a fur rug by his aunt. Vanda is an aristocratic woman who is happy to oblige Kushemski’s requests.

At the outset, Thomas has sat through a long day of auditions for Vanda’s role. Suddenly, a young and brash actress, Wanda, stumbles into the audition room wondering if it is too late for her to audition. Initially reluctant, Thomas agrees to let Wanda do a read-through, during which she displays an uncanny grasp of the fictional Vanda’s character. As the read- through progresses, the line between acting and reality becomes blurred, and power constantly shifts as Wanda probes Thomas’s motivations and interpretations of Sacher-Masoch’s work.

Prior to attending the show, one might anticipate Fifty Shades of Grey in reverse. The show’s marketing alludes to a racy production, and the staging draws on tropes that pervade erotica and pornography. The audition room set—a warehouse basement—has a dungeon-like feel. Photos of bare-shouldered women smiling or pouting are stuck on the wall next to Thomas’s desk. A length of rope is looped on the wall. There is the strong intimation of voyeurism, with a video-camera ready to roll and a mirror resting on the wall by the couch, which is covered in a cheap blanket.

However, Ives turns our society’s recent mania for sado-masochism (or the empty, commercialised version of it peddled by E.L. James and her ilk) on its head by manipulating our understanding of archetypes. In doing so, he sets up an ironic conversation about the casting of women in theatre, which leads us to question socially constructed sexual identities more broadly. Immediately before Vanda’s arrival, Thomas complains on the phone to his fiancé about the calibre of female actresses he has auditioned:

“No beautiful-slash-sexy women. No sexy-slash-articulate young women with some classical training and a particle of brain in     their skulls… Young women can’t even play feminine these  days…”

Thomas is searching for a particular kind of woman, but one that he cannot articulate, even when Wanda asks why he initially thinks she is wrong for the part. Yet he denies that he is looking for an archetype, professing to explore a great work of literature while striving to throw off the narrow-minded confines of his society. Wanda, however, remains curious, and continues to probe. Was he drawn to the production because the desires of Kushemski are in fact his own?

The possibility that Thomas is exploring his unconscious is never fully resolved. At times it is unclear whether Wanda exists in physical form or is a manifestation of his unconscious desires. She appears in the middle of a thunderstorm as if an apparition. The couch is also strongly suggestive of the Freudian therapist’s lounge. Thomas’s evasiveness about his casting choices, though possibly self-serving, suggests that he views the casting of the “right” actress as an intuitive artistic decision. In other words, he believes it should hinge on deep psychological recognition. But Thomas rants further against archetypes and the unconscious when Vanda suggests his play is really just about child abuse:

Why are we so eager to diminish ourselves? Why do we want to reduce ourselves to examples of something? As if we were nothing but proof of Freud. Or proof of whatever dimestore psychology is in People Magazine this week…

Ultimately he is caught out; when pushed to the brink of humiliation by Wanda’s games, he admits that he is on some kind of sexual odyssey, and says in a small, weedling voice, “I just want more.” I felt sympathy at those words. Don’t we all want more, in our society? But just how much is enough? And how far are we prepared to go test the bounds of our existence?

I have mixed feelings on viewing a woman on stage in leather lingerie. But that is what made this production successful. I didn’t feel I was complicit in degrading the actress, the character or women more broadly. The question of who is wielding power and who is being manipulated are left to the individual to grapple with. Director Caroline Stacey, armed with a talented cast, successfully trod the line between confronting audience members with internalised notions of power and sexuality, and their complicity in the male gaze. Thomas certainly gets his comeuppance in the finale when he is left figuratively impotent by Wanda; tied to a post yelling “Aphrodite!” Now let that be a lesson… 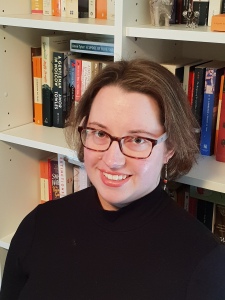 Amy Walters is an aspiring critic and writer who has been living in Canberra for four years.

Originally from Perth, Amy studied a Bachelor of Arts at UWA where she was exposed to art as a vehicle for social comment, political protest, as a bridge to understanding and healing, and as a way to reinvigorate our conceptions of ourselves and what we want out of life.

Last year Amy established her blog The Armchair Critic, with the intention of promoting critical cultural conversations about art and society in a way that is both engaging and accessible.

Having also been trained as a social anthropologist, Amy is keen to dissect questions of power and representation in the arts, and to generate discussion about arts funding and policy, the sustainability of the arts industry, what it is like to live as an artist, and how to engage community members marginalised from engaging in artistic experiences. She is also looking forward to engaging with the staff and artists at the Street Theatre to understand what it takes to live and breathe live performance.

Amy is participating in the 2018 New Territory program, which is an initiative of the ACT Writers Centre in partnership with the National Library of Australia, Canberra Writers Festival and Street Theatre. Participants are mentored by Sue Terry of Whispering Gums.

One thought on “Venus in Fur: ‘Real’ Women and the Male Gaze”