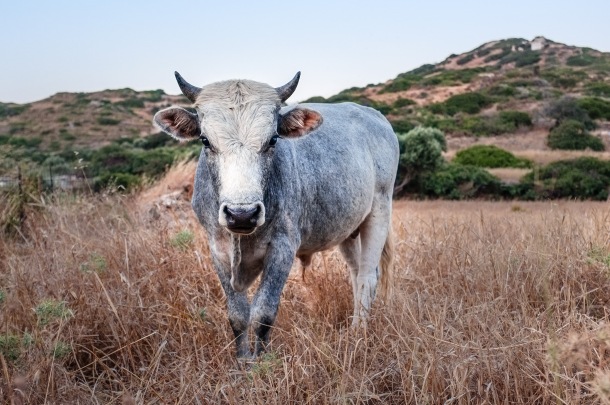 What can you tell us about Dragonfly Song, which has just been released by Allen & Unwin?

12-year-old Aissa is the hereditary daughter of a priestess. She’s born with an extra thumb on each hand. Priestesses must be perfect, so her father cuts her thumbs off to make her perfect—then he dies, so she has to die.

She doesn’t die because that would make a very short story. She’s raised by a foster-family who are killed, then she becomes mute. When she’s abandoned at the town where her birth-mother lives, nobody knows who she is.

Aissa was mute because she’s been so traumatised. A child psychologist and speech therapist thought it would be realistic. When a child is an elective mute, it’s a deep-seated subconscious inability to speak. The subconscious is powerful.

Aissa is raised as a slave; mute and bullied, her only way out is to become a tribute, then a bull-dancer.

Mia and Niko, two bull-dancer trainers, have acquired disabilities, yet you describe them as strong. Why?

I don’t think of Mia and Niko as disabled. They were seriously injured. The bull-dancer trainers had to know the bulls. The bull-dancers who succeeded would have been rock stars; they would not have gone back to training. Using those who survived, but were injured, was logical. Mia has one arm and Niko has a dragging leg after they nearly finished a year of bull-leaping and crazy stuff. They were strong and determined. When they recovered from their physical injuries, they would have still been strong and determined.

Has your experience with physical disability impacted on your representation of disability?

Undoubtedly. I was an occupational therapist before I broke my neck. I was used to seeing people who had a disability, rather than being a disabled character.

What are your thoughts on disability and representation in literature?

When I became a patient, instead of an occupational therapist, those beliefs crystallised further. How people treated me because I was in a wheelchair was horrifying. I went back into the hospital where I’d been working. I passed people in the hall. I passed doctors I’d had meetings with as a therapist. Nobody saw me.

I went into Myer, into that overwhelming cosmetic place where they pounce on you. I wanted to buy something, but I couldn’t get served. I didn’t look like the sort they wanted to serve. I looked haggard. I had trouble standing up, so I was leaning heavily on a walking stick. People’s perceptions change so dramatically.

It is something I feel strongly about.

I remember reading my kids a book from a jumble bag, not one I’d chosen. This little girl was blind. Her uncle was flying her to have surgery to cure her blindness. The uncle had a heart attack so the little girl flew the plane and [in a sarcastic tone] wasn’t that fantastic? Because even though she was blind and 8 years old, she landed this plane with her dead uncle beside her.

It’s an insult to anyone with a disability.

It’s hard work getting through rehab. There are so many books: ‘So you’ve lost a leg? Just pull up your socks, put on your artificial leg and you’ll be fine.’

Inspirational books by people who have lost a leg tend to gloss over the period of total despair. When I wrote Peeling the Onion, I thought, some kid might read this who has had something happen to them, so I have to tell the truth or I’m letting down all the kids.

We discussed whether it was too black, whether she was too angry. I thought, ‘A 17-year-old girl breaks her neck, can’t go to uni, can’t finish this year of school, can’t do any of the things that she was going to do—I don’t think I’ve even touched on her anger’. But you have to make it bearable for the reader.

This is something I feel passionate about.

What drives you to include so many social issues in your writing?

It’s life, isn’t it? Some of my writing may not be realistic fiction, but I like it to be grounded in life. Life has an awful lot of social issues. You keep on stumbling against them. So, they have to be in fiction, but I don’t like them to be heavy-handed.

“When I was 4 years old, I discovered a large hardcover book of poetry in a corner store and my father bought it for me. Later he wanted me to read ‘Triantiwontigongolope’ by CJ Dennis. I said the poem was silly; I couldn’t possibly read a word THAT BIG so the trees and grass being purple was a great excuse. My father challenged me to think about possibilities in this strange world. I knew my disability separated me from others so I asked ‘Could I be normal in a world like that?’ He said ‘Yes’. Thus my love of genre and my passion for social justice were sown with the hope of changing the world.”
— Nalini Haynes.
You can find Nalini at: her website, Dark Matter Zine,Twitter as Dark Matter Zine and as herself, Facebook as Dark Matter Zine and as herself, Instagram, Pinterest and Tumblr.