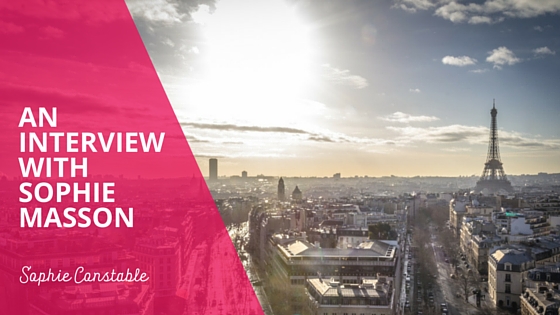 With books spanning two millennia, authoring stories from 12th century France to modern day Russia, Sophie Masson speaks to us about the weight of history, the experience of the foreign, and the advantages of being an Australian writer.

Two millennia—goodness, how startling to see it that way! Makes me feel like an immortal.

You’ve recently been involved with Eagle Books in publishing Jules Verne’s Michel Strogoff, the first English translation in over 100 years, set in Tsarist Russia; you’ve written a retelling of Beauty and the Beast, set in a fairytale Russia (Scarlet in the Snow); as well as a trilogy (final instalment coming soon) set in current day Russia (The Koldun Code). What drew you to Russia initially?

It was reading Michel Strogoff, in French! I loved that book when I first read it as an 11-year-old, and it started me on a life-long fascination with Russia.

So why was Jules Verne writing about Russia?

France and Russia had been getting closer at that time, and the Russian Tsar had visited Paris. There was a great deal of cultural give and take between the two countries, despite the fact that their political systems were very different. And, Russia was exotic—all that vastness, all those different peoples, all that capacity for headlong adventure—far removed from the bourgeois drawing rooms of Verne’s French readership!

The lure of the foreign teamed with the delight of recognising a common humanity! The Koldun Code trilogy features Russians, Estonians, French and Anglos: how do you go about writing a character from a different culture?

A lot of it was from experience: people I’ve met, people I’ve observed… I concentrated on taking notes, keeping a detailed journal and absorbing everything I could when I visited Russia. Human nature is very similar wherever you go, but culture gives it extra twists and perspectives. Writing characters from a different culture, you just need to remember those two things.

Do you think of Australia as isolated, geographically and/or culturally?

Isolated geographically, yes (and don’t I feel that every time we go on that horrid 24-hour flight to Europe!). Culturally, no. Australian culture is very diverse and multi-faceted these days, and I think the quality of our artists in every field is as high as anywhere else. And, the opportunities here are greater.

Because we have more possibilities in many ways here than in more crowded countries where there is both more competition and more weight of history. Australians are freer in a way to experiment.

In The Laylines trilogy, it was so refreshing how many aspects of Marie de France’s life were ‘modern’, rather than being a stereotypical 12th century stay-at-home widow. Why do you think we’re surprised to find people in other historical eras are just as human as we are?

It’s often assumed people were simpler in the past—and yet human nature has stayed pretty much unchanged over the millennia. You’ve only got to read literature from the past to realise that people have actually always been complex and contradictory, messy and mixed-up—and that any attempt to ‘perfect’ those things, to make people conform to some imagined ideal, whether that’s religious or ideological, always leads to disaster. That’s the thing I find scary actually. That despite all the lessons of history, some people still try to force human nature into ‘perfect’ moulds.

We also tend to think, to quote LP Hartley, that ‘the past is a foreign country’, and just as there’s a mix of curiosity and distance in our experience of a foreign country, there is too with the past.

We do often notice difference before we see the similarities. That distance we feel in our experience of the ‘foreign’ is both real and terribly subjective though, don’t you think? Do you think novels play an important role in breaching this distance and reminding us of our common humanity?

They certainly do—but they also remind us how different we are. Because that’s all part of it. Humanity is so richly and often bewilderingly diverse, and books help us to make sense of that and wonder at it.

What are your first memories of a foreign country?

Well, I guess my first memory of a foreign country was in fact of Australia! When I came here at the age of 5, I spoke no English and had been brought up in a completely French way by my grandmother. The first thing I remember was going to school and being forced to drink milk at recess, which as a child made me so indignant. In France, only babies were given milk!

You’ve been back to France to visit family many times since, and also for a residency at Australia’s Paris literary studio. You’ve since collected a series of Australian writer’s experiences at the studio on your blog: what did you find interesting about that process?

Collecting those experiences was interesting because it showed me that the residency had been transformative for many people—not just me! Everyone who I interviewed found it deeply inspirational, with its effect still felt years later.

Thank you Sophie (Masson)! May your words be as immortal as human nature itself. 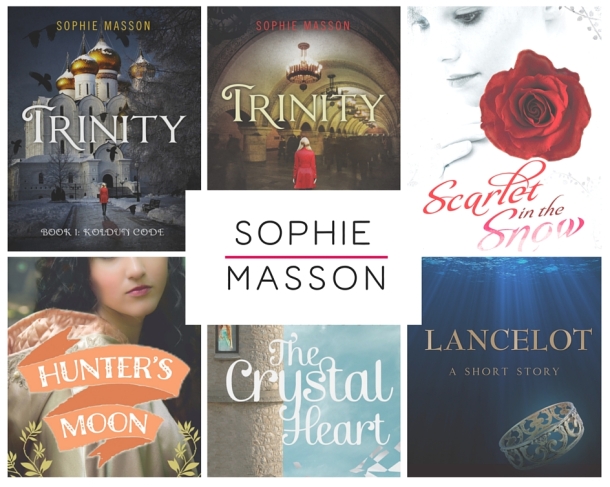 Sophie Constable has worked as a veterinarian and Antarctic researcher, been an expat trophy wife in the Middle East and did her PhD on health education with remote Australian Indigenous communities. Throughout, writing has remained her passion. She was awarded the NT Literary Award for her short story “Khmoc” and shortlisted in the Terry Pratchett First Novel Award for her novel Bloodline. This year she is excited to be part of the ACT Writers Centre HARDCOPY program. Sophie blogs at www.dogeared.com.au.

3 thoughts on “Natural Humans with Cultural Twists: an Interview with Sophie Masson”