Blogger in Residence, Rosalind Moran, questions the notion of Women’s Fiction as a genre, and what this means for writers.

Book categories are strange creatures, not unlike boa serpents. With every new release, the book category snake comes along, pinches and squeezes— reduces—and then swallows its prey whole. Yet what pushes both readers and publishers alike to embrace this serpent mentality? Compartmentalising novels is limiting, particularly when categories on offer include ones as nebulous as Literary Fiction, which is often synonymous with works by Englishmen living in the 19th century, though it really shouldn’t be. And then there’s ‘Women’s Fiction’—whatever that is.

The divide between ‘Women’s Fiction’ and ‘Literary Fiction’ is curious; it is entrenched in the minds of marketers and readers despite the categories’ dichotomization being somewhat contradictory. If Women’s Fiction is separate from Literary Fiction, then who decides which authors and works can cross the gap? And does fiction written by women and accorded ‘literature’ status somehow stop being Women’s Fiction, once accepted into the club of ‘deep writing’?

Indeed, what is Women’s Fiction anyway?

Broadly speaking, it’s a genre written by women, about women, for women.

Granted, I understand why one might make note of an author being female. An author’s gender influences their experiences, may subsequently impact their work’s themes, and is therefore worth being aware of when reading a text (unless you’re Roland Barthes). Furthermore, taking particular interest in the writing of women can nurture recognition of overlooked female authors—such as Elizabeth Jane Howard, Zora Neale Hurston, or not-the-actress Elizabeth Taylor—and hopefully contribute to redressing gender imbalance in literature.

What I take umbrage at, however, is the insinuation that books written by women, about women, must consequently be for women.

Seeing Women’s Fiction defined, one can detect value hierarchy amongst book genres—all book categories are equal, but some are more equal than others. Literary Fiction is at the top; then you have ‘literature written by women’, which is known as Women’s Writing rather than just, say, Literary Fiction; and at the bottom sits Women’s Fiction.

Though genre snobbery exists more widely—consider perceptions of Fantasy, for example—the fact that there are individual categories for Women’s Fiction, Women’s Writing, and Literary Fiction, raises a troubling question about how we read female authors’ books. Namely: why are these even separate genres?

Before anyone jumps down my throat and chokes me with the flawed logic of “so you’re saying that Fifty Shades of Grey is literature”; firstly, no; and secondly, allow me to explain.

And what books are marketed at women? You probably already know, for they’re easily identified by pastel covers featuring bare feet, empty wicker chairs, or young girls in dresses viewed from behind. They’re the stories about mothers, children, and marriages. They’re the stories of female friendships, of female sexualities. Indeed, the more a book deals with issues concerning women—particularly when judged from traditional perspectives of womanhood and femininity—the more likely it will be labelled Women’s Fiction, not Literary Fiction, and lose out on literary prizes (see here). This issue is compounded when both author and protagonist are female.

Take Kathryn Stockett’s The Help: a 2009 novel about African-American maids in white households in 1960’s Mississippi. It won awards, topped bestseller lists, and became a well-received film. Yet it’s also listed on the Goodreads Women’s Fiction page—a page additionally featuring E.L. James’s Grey. Granted, The Help is not perfect: some argue that it has an undercurrent of ‘white saviour complex’; that it sugar-coats the era; and that the author, being a contemporary white American, cannot be said to write accurate voices for the story’s marginalised women. Yet is this contentious historical fiction really just for women, simply because the author—along with most of her characters—is female?

I don’t believe that an author’s gender—whatever it may be—should entail their work being belittled, and the prize-winning books by males may well deserve all their accolades. Nevertheless, the ease of these books’ ascent to the exclusive penthouse suite of the literature club implies that books about women by men are better-received, and marketed more widely. Women’s Fiction remains on a low floor of the book genre pyramid, and even if it does manage to struggle up the stairs to the rooms of Women’s Writing, it may still find itself looking upwards in frustration at the glass tanks making up the ceiling, in which live sharks swim, while guests of the literature club above sip cocktails and carry around books with nothing but stern capitalised font on the cover.

Furthermore, when books by women make it into the Literary Fiction category, the insinuation is that they are better than Women’s Fiction/Writing, and must therefore be elevated to a separate genre. These books are assimilated into the boys’ club, and even the covers receive masculine makeovers; just look at any of Zadie Smith’s novels, or Hilary Mantel’s: no wicker chairs there. Chances of success can also be boosted by masculine or gender-neutral pennames (see here). Meanwhile, books continuing to exist under labels including the word ‘women’, continue to be belittled – and not least because some of the most recognised works by women are now presented as playing for another team.

Essentially, the hiding of femininity in its various forms is a great way of being accepted into the literary sphere. Granted, literature does boast some big female names, such as Virginia Woolf, Jane Austen, Sylvia Plath, the Brontë sisters, Maya Angelou, Mary Shelley… Yet even these aren’t above scorn. Jane Austen mania, for example, has contributed to a backlash against her masterpieces—often pegged as girly and light—and a belittling of stories told by people who wore bonnets and ugly dresses. More’s the pity.

Ultimately, the very definitions of Women’s Fiction, Women’s Writing, and Literary Fiction betray current prejudices and values within both the writing world and society. And until we can train ourselves—men and women alike—to value the stories of women, by women, as much as we value those relating to men, the framework via which we understand writing and stories will remain sexist and limiting.

It has been 87 years since Virginia Woolf wrote A Room of One’s Own, an extended essay about the space for women within a literary tradition dictated by men. On the very first page, she states:

“Women and fiction remain, so far as I am concerned, unsolved problems.”

Well said, Virginia. I only wish that time might have proven you wrong.

Flood, A., 2009. Sexing books: does an author’s gender change the way we read them? The Guardian, [online] 12 March. Available here.

The full bibliography is published on Rosalind’s blog here. 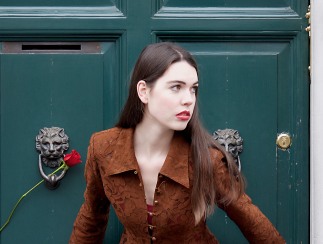 Rosalind Moran is a student of literature and languages, and has spent much of 2015 and 2016 studying Mandarin in Taiwan. Passionate about writing, her work has been published in several short story anthologies, and she is always scribbling something or other in a variety of genres. Her additional interests include exploring etymology, working with animals, and trying to finish Ulysses. You can find more of her writing at http://ganymedesmirror.blogspot.tw

4 thoughts on “We Have To Talk About Women’s Fiction”