Find out what the brains of this year’s Noted Festival had to say when they chatted to Blogger in Residence, Chris Kerr.

Noted, Canberra’s independent writers’ festival, returns for its second year from 16 to 20 March. This year, Noted will put on a literary smorgasbord of events at venues ranging from galleries to pubs and everything in between. I interviewed directors and co-founders of Noted, Yasmin Marsi and Lucy Nelson, about what we can expect from Noted 2016. 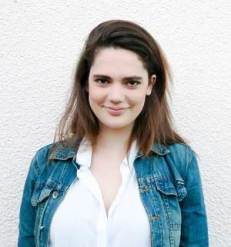 Experimental writing means playfulness, not being afraid to put a twist on conventional formats or invent entirely new ones.

In terms of representing diverse readers and writers, Noted is making progress but we’re not all the way there yet. This year we pro-actively sought submissions from artists who identify as having a disability, writers who identify as LGBQTIA and Indigenous writers. Still, we have less representation from these artists than we’d like. I’d like to see more opportunities aimed at all of these groups, including within our own festival. I think another underrepresented demographic in the write-o-sphere is emerging writers over 40; maybe that’s something for us to tackle in 2017.

What did you learn from last year’s festival, and how will 2016 be different?

We learned how enthusiastic Canberra audiences are and how generously

they engage with events like Noted. As a result, the festival is growing and the main difference of the 2016 festival is size. We have over 70 artists and almost as many events.

Why is it so important to engage children in the festival and literature in general?

Children are excellent humans. They love stories and tell stories as well, if not better, than anyone. We wanted children and adolescents to have their own digital space and a physical space in this year’s festival, not only so they can be entertained but also so we can hear their voices. We hope to increase children’s participation in future years.

The Independent Publishing Fair will be a big part of the festival, with over 50 independent publishers attending. How will it fit in to the festival?

The publishing fair, as well as being a really fun day out for the family, is an opportunity for Independent publishers to showcase and sell their wares. There are so many incredible publications that don’t see the light of mainstream bookshelves and publishing fairs give these gorgeous labours of love a home and a point of sale. We’re all about inclusivity at Noted and the publishing fair is like a Big Bookish Bake Sale: these people have poured their hearts and souls into the concoction of beautiful and unique goods for your consumption.

What would you say to someone who wants to get involved but doesn’t know much about the literary world, or where to start?

There is something for everyone. Take a look at our full program online and if nothing tickles your fancy, then apply to be an artist next year and propose an event that does. We’re very open to new ideas!

Do you have any tips on how to get the most out of the festival?

All of our events are free! We encourage people to join in our flagship event LitHop which is a multi-venue literary adventure encompassing competitive writing challenges, live readings and a book swap meet. If crowds aren’t your thing and you’d prefer to use the festival as a professional development opportunity, check out the many workshops and panels on offer by very exciting writers. Or just watch the festival from home by viewing our digital projects online!

Canberra is very lucky to have a writers’ festival of Noted’s calibre. Where else can you take part in a speed dating book swap, cringe along with writers sharing their earliest work, or take part in a writing gameshow? You can view the full Noted program online.

Chris Kerr is a poet, reviewer, editor, publisher, former technical writer and budding copywriter. He co-edited issue 62 of UK Poetry magazine Magma and edited a book forDead Ink. Chris is an assistant editor of the April 2016 issue of Meniscus. He wrote a poem about Chernobyl that appeared in Ambit just after he’d moved to Canberra from London. He’s currently working on a series of collaborative code poems and aspires one day to write a poem about tennis that’s good enough not to bore readers who couldn’t care less about tennis. Chris is still happy that Lana Del Rey set T. S. Eliot to music on her last album. You can follow him on Twitter @c_c_kerr.