Read the latest Q&A by Blogger in Residence, Shu-Ling Chua.

I recently had the pleasure of interviewing Lex Hirst, one of the 2014-15 Co-Directors for National Young Writers’ Festival (NYWF). A wealth of knowledge (and not just literary!), Lex is an editor at Penguin Random House Australia, co-producer of panel series Junkee Take On  and recently programmed Cubby House. Personally, I can’t wait to see what else she comes up with!

We spoke about how big writers’ festivals can sometimes create a divide between the writers as ‘talent’ and audience as ‘readers’ but draw in people who wouldn’t otherwise be engaged in the writing process. In contrast, smaller festivals (like NYWF and Emerging Writers’ Festival) focus on the literary community and professional development, as well as inspiration and entertainment. 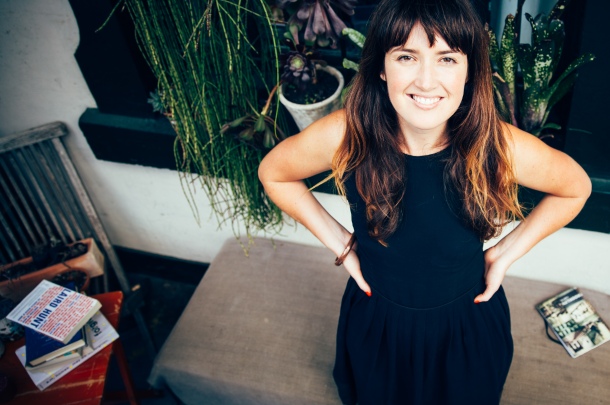 Why did you want to be a Co-Director for NWYF?

The thing I love most is sharing good writing with people and bringing people together to discuss different ideas and so, as soon as I saw that role, it just seemed like a really exciting possibility. With NYWF, you get to walk in and you know that people will come. You’ve got this huge responsibility to all these people who love the festival but at the same time, to have this community that is already so engaged, it’s an incredible thing. You that know people will come and really give their all just because of the fact of what it is already.

What is the role of a Co-Director?

The key job is programming the events so we all go away and brainstorm different ideas and then come together early in the year and throw the ideas into the middle of the table. We also brainstorm people at the same time. At NYWF, we invite about 20 people and the rest come from applications.

We’re also involved in things like grant-writing and acquittals, discussing venues with the producers and coordinating with different groups that might want to sponsor certain events. We’re also in discussion with the Board, getting advice from them and giving them feedback on how the festival is running, the budget and the creative output.

We got almost 300 applications this year and we could only take max 60 people from that and they all have to fit together. The beautiful thing about doing it with different people is they all bring different ideas so it’s sort of this vast negotiating process of cutting people down and trying to really hone ideas to make them more interesting, more exciting and reach different communities.

How do you pick artists? What do you look for?

Firstly, I think people with really big, exciting ideas. Also, people whose writing we just really love. People who are doing something different and new which we think will connect with the audience. People from different communities that we’d really like to bring in as well. If they fit perfectly into an event that we want to do or they’ve suggested an event that we’re really excited about and we can see that they’re really enthusiastic, that actually has quite a lot of sway for us.

We’re lucky that we have such a huge pool that it is almost effortless to be diverse and inclusive. Previous co-directors have spent a long time reaching out to different communities and fostering relationships. That was a main focus for us in the last few years, making sure we weren’t stuck in that same writing community so we were reaching out to every state quite actively and reaching out to groups of writers that might not have been aware of us or aware that we wanted them.

We try to cover as many different forms of writing as we can and we try to have panels where even if it’s not your writing style, you’ll get something from it. In terms of people’s backgrounds, we definitely look at gender, ethnicity, religion, language and age as well. We try to have a mixture from 18, 19, 20 year olds through to a few people in their 30s who can act as mentors.

In Part 2, Lex tells us her favourite, most unexpected and challenging things about organising NYWF as well as sharing lessons learnt and tips for anyone thinking of becoming a festival director.

Shu-Ling Chua is a writer, reviewer, Noted festival 2016 Live Producer and HARDCOPY 2015 participant. She blogs at hello pollyanna while living the memoir she hopes to finish one day. Her work has appeared in BMA Magazine, The Victorian Writer and Scissors Paper Pen. Shu-Ling spends her free time reading (favourites include Alice Pung and Sylvia Plath), traipsing and measures her life in playlists.