In her final post as Blogger in Residence, Christine McPaul reflects on the success of the ACTWC’s HARDCOPY program, and explores some of the literary ventures that  participants have spawned. 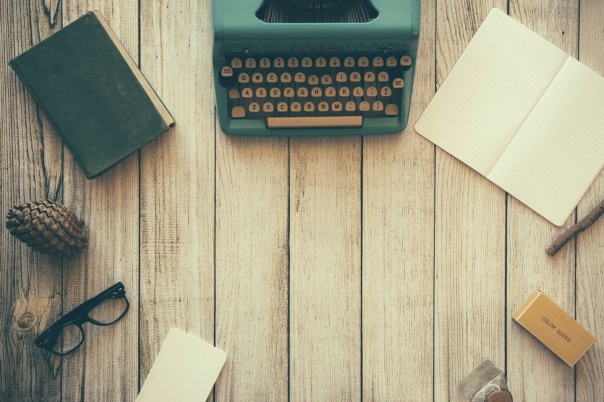 The ACT Writers Centre HARDCOPY Professional Development Program has paid dividends for emerging writers. Over its two year life, sixty new voices have been nurtured by the combination of professional development and industry connection. Kelli-Anne Moore, ACT Writers Centre Director is delighted. ‘We wanted to give our HARDCOPY participants the tools to give themselves the best chance of having a sustainable career as a writer, and if they choose to embark on their journey to publication, they would do so with their eyes open and aware of the realities of the industry,’ she says.

According to Moore, one of the most important contributions of the HARDCOPY program is the sense of community it has engendered: ‘We love to hear about the connections that the participants have made, with each other, and with the industry.’ This view is shared the HARDCOPY alumni. ‘HARDCOPY gave me invaluable insights into and access to the Australian publishing industry, the opportunity to connect with other writers in a similar stage of the process (the query game is a lot more bearable with company!) and, critically, the confidence to accept that I was ready to start submitting,’ says Sam Hawke, a 2014 HARDCOPY participant. ‘Since the program concluded I have been picked up by a London agent and am currently preparing for submission to publishers. I’ve also made ongoing wonderful friendships and am looking forward to following the careers of all the HARDCOPY alumni.’

Sam is likely to be busy because the Hardcopiers are a talented group with no time to waste. Leearni Hamilton, one of the 2015 participants says that, ‘Since HARDCOPY I have been working on my YA memoir and making my writing as powerful as I can (writing the tough memories). Recently my memoir was shortlisted for the Templeberg Fellowship in Sri Lanka. While I don’t have a publishing deal yet I am very focused on polishing my manuscript with the hope that I can submit to more competitions and agents/publishers in the future.’

Developing an individual voice is something Serina Huang also attributes to the HARDCOPY Program: ‘Since HARDCOPY, I have begun to find my voice. I am becoming more authentic in my writing. I have worked through an issue that was blocking progress with my book manuscript. I am engaging more with readers on my blog. I don’t have a big fat publishing deal (yet), but I have focus. I am reaching within and sharing more, and it feels right. A few months ago I wrote a guest blog post about my Australian-Asian identity. And in the last few weeks I have written about my experience of leaving a physically and emotionally abusive relationship.’

HARDCOPY has inspired a series of related writing projects. In September 2014 four Hardcopiers bonded over a shared love of cultural commentary and joined forces to form the Cringe, an Australian voice on literature, culture and the arts. Launched in October 2014 the site is now celebrating its first anniversary, reflecting on the many articles, short fiction, reviews and profiles to have been featured on its pages, penned by both familiar Australian authors and emerging literary voices. Due to the range of material on offer, the Cringe consistently attracts an audience from around the globe, counting author Jerome Charyn and film director Jeremy Whelehan among its readers. Now edited by co-founders Elise Janes and K
en Ward, the Cringe is constantly evolving to build on its success and continue toward its mission of promoting an Australian voice on culture and arts both locally and around the world.

Three other members of the HARDCOPY alumni, Christine McPaul, George Dunford and Lesley Boland have gone on to establish Softcopy, an online e-journal for emerging writers. Since its launch in May 2015, when Softcopy included contributions from the inaugural HARDCOPY program, it continues to be a success. In its first two days, Softcopy received more than 1000 unique views, proving it is an exciting platform to showcase the work of emerging writers. With fiction and nonfiction submissions open until 30 November 2015, this new offering is an important contribution to the writing landscape. Moore agrees. ‘We love to hear about projects—such as the Cringe blog and the Softcopy anthology—and the support and nurturing that participants are in turn providing other emerging writers,’ she says.
For others, like Jane Abbott, HARDCOPY provided a fillip for an already promising career. Jane wrote her manuscript, Watershed, in 2013. In early 2014 she applied to both the Victorian Premier’s Literary Award for an Unpublished Manuscript, and the ACT Writers’
HARDCOPY Professional Development Program for Australian Writers (Fiction Edition); Watershed received a commendation in the VPLA, and Jane was one of thirty participants selected for HARDCOPY. Her submission to the final round of the program proved successful and participating literary agent, Gaby Naher, expressed an interest in reading Watershed in its entirety. Subsequently, Jane signed with The Naher Agency in Sydney, and has spent the last six months developing the manuscript to the highest possible standard. In September this year Jane was offered a two-book publishing contract with Vintage Penguin/Random House. Watershed is to be published in June/July 2016.

HARDCOPY has also provided the backdrop for careers associated with writing. An example is Shu-ling Chua, from the 2015 round, who has been selected as the Live: Producer for Noted Festival 2016 (Canberra’s experimental writing festival). Shu-Ling attributes being accepted for HARDCOPY as the moment she identified as a ‘writer’. ‘The program and HARDCOPY community have done wonders for my confidence,’ she says. ‘I’ve written my first-ever paid piece, ‘Love Like Mine’, and I write regularly for BMA Magazine. My manuscript is on the back-burner but for me, HARDCOPY is really only just the beginning.’

Arts worker and writer, Nigel Featherstone, along with the ACT Writers Centre, can be justifiably proud of the many offshoots from HARDCOPY, only some of which are included here. Funding from the Australia Council has been an important factor in the success of HARDCOPY, enabling emerging writers to engage with the writing and publishing industries, and to form connections that have led to a range of creative endeavours. ‘Without the Australia Council funding, none of this would have been possible,’ Moore says.

Christine McPaul is a member of the HARDCOPY 2014 alumni, and is also a founding editor of the e-journal, Softcopy, launched in May 2015. Christine has written shortlisted fiction, published academic articles about literature and women’s writing, book reviews, and a biography for the Australian Dictionary of Biography. Christine was awarded a PhD from the Literature and Theatre Studies Department of the Australian National University in 2009. She tweets @christinemcpaul and muses about writing, reading, and finding that illusive inspiration on her blog, Capable of Anything.

One thought on “Hard Work Pays Off For Hardcopiers”