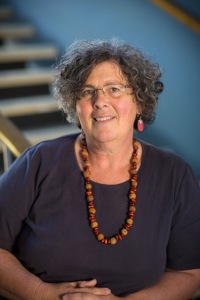 Lyndy Delian is a poet  and writer, a visual artist and curator. Lyndy is a Wathaurong woman from Victoria and has lived in Canberra for 22 years. Lyndy has artwork and written works in Writing Us Mob, 2000 and Talking Ink from Ochre 2002. Lyndy read her work at Indigenous Literacy Day, ACU, 2011 and with Us Mob Writing at the Two Fires Festival, Braidwood. Lyndy has been a member of that writing mob of the ACT for a long while.

ACT Writers Centre: How did stories enter your life?

Lyndy Delian: Dad used to tell us stories and  I loved reading stories to my children.

ACTWC: A book or poem you often return to is:

ACTWC: How is Us Mob important to your development as a writer, and a member of a community?

LD: With Writing Us Mob, the series of expert workshops was amazing and the expertise in the group is still astounding. Meeting to listen to readings and discuss work is always exciting.

ACTWC: Tell us about your career highlight to date.

LD: Reading as a group at the Two Fires Festival at Braidwood last weekend, with a cheer squad.

ACTWC: What is the greatest challenge you find yourself facing when writing?

LD: There are always too many words and after I cut them out, I think I have gone too far.